If you want to make any progress in chess, you must understand how the chess pieces move about the board. Let’s take a look at the most frequent chess pieces and how they move. Despite their various maneuvering methods on the board, some chess pieces are comparable. Diagonal moves are surprisingly common in chess since many pieces may move in this way.

In chess, the bishop, king, queen, and pawn may move diagonally (when attacking). Only the bishop may move any number of unoccupied squares in any diagonal direction.

In this post, I’ll go through how each chess piece moves and which chess pieces can move diagonally, as well as the ins and outs of both. After reading this post, your confusion will be cleared, so keep reading. 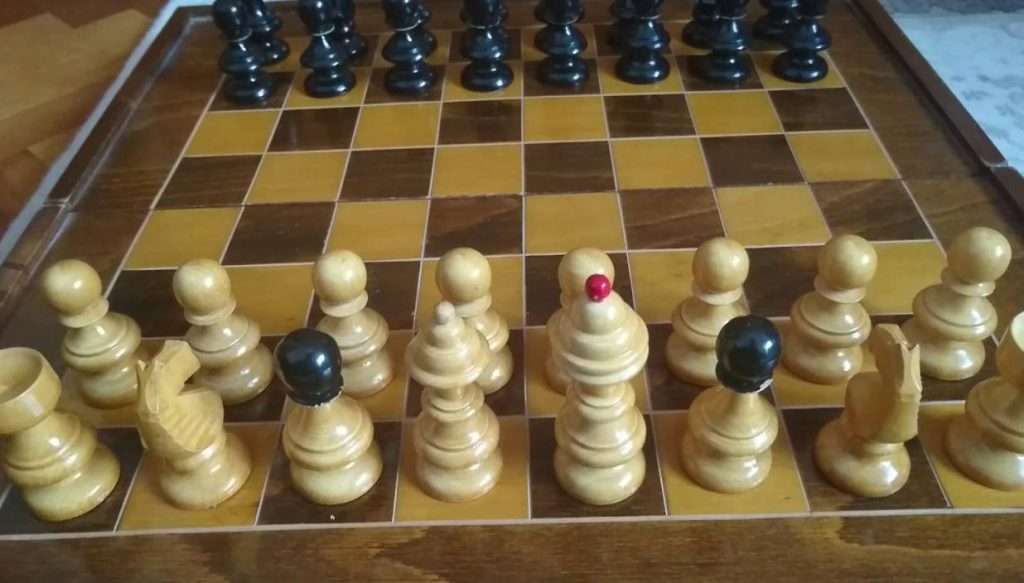 1.How the bishop moves

The bishop’s main quality is that it can move diagonally, backwards, and forwards. A bishop can’t go left or right. A bishop may capture any piece that enters its range, but it can only do so once.

Let’s talk about a frequently asked question that many beginners have. On which sides of the board can a chess piece only move diagonally?

No piece can move only diagonally on either the black or white squares in chess. The bishop has the speciality to move diagonally, but it can do so only on one color of squares.

Each chess player has two such bishops in chess. Because one bishop’s effectiveness is limited to only one colored square, this restriction is considered a flaw. However, when two bishops collaborate, they may chop an opponent’s position like a pair of scissors.

2.How the king moves

When we refer to pieces that move diagonally, it’s tempting to think of the king first. On the other hand, the older man is entitled to one square in any diagonal line. The king, on the other hand, is subject to the following restrictions:

When a king is under attack, it is in check. It’s also necessary to first remove the king from check before making any other move when a king is in check.Checkmate is the term used to describe a position in which there is no way to get the king out of check (which means in attack).

In addition, there may be a situation where the king is not under check, but the player has no legal move to continue the game, known as a stalemate.

The king is not the quickest at crossing a board when walking, but he can go in any direction. The king may move not only diagonally but also horizontally and vertically. Kings are likewise permitted to assault unprotected pieces on the same squares they can relocate to.

It’s no surprise that the queen is capable of moving in any direction across a chessboard. The queen is the king of movement in chess because she can cross the board diagonally, horizontally swiftly, and vertically. The squares she is permitted to travel on in a single turn are shown in the diagram above.

The queen is a composite of the bishop and rook in that she advances and attacks like both.

Queens can move any number of empty squares. They combat pieces of the opponent’s color in a similar manner to that of the bishop. She simply attacks and captures a piece, then takes their square after the assault is complete.

4.How the pawn moves

The pawns are an exception in this gallery of diagonally moving chess pieces. A pawn is generally a piece that can only advance horizontally. The pieces take only one square at a time, but their initial advance might be two squares.

On the other hand, the vertically moving pawn transforms into a chess piece that moves horizontally after attacking an opponent. Pawns can only move forward diagonally and are not permitted to move or attack backward under the rules of chess.

Pawns can also move diagonally in a unique manner. When a pawn gets to the other side of the board, it is subjected to a unique chess action called “pawn promotion.” The pawn is then swapped for a queen, bishop, knight, or rook of the same color. Diagonal jumps are clearly possible when the pawns change into a second queen or bishop.

Perhaps you’ve heard of the en passant chess move. When there is no opponent, a pawn may attack past an opposing pawn that has made a two-move “jump” in order to attack. A pawn cannot attack a bishop because it is on its half of the board. According to chess rules, the en passant move permits you to ‘diagonally assault past’ the pawn that moved two squares in one turn. It’s extremely unique, and it does count as a diagonal movement! 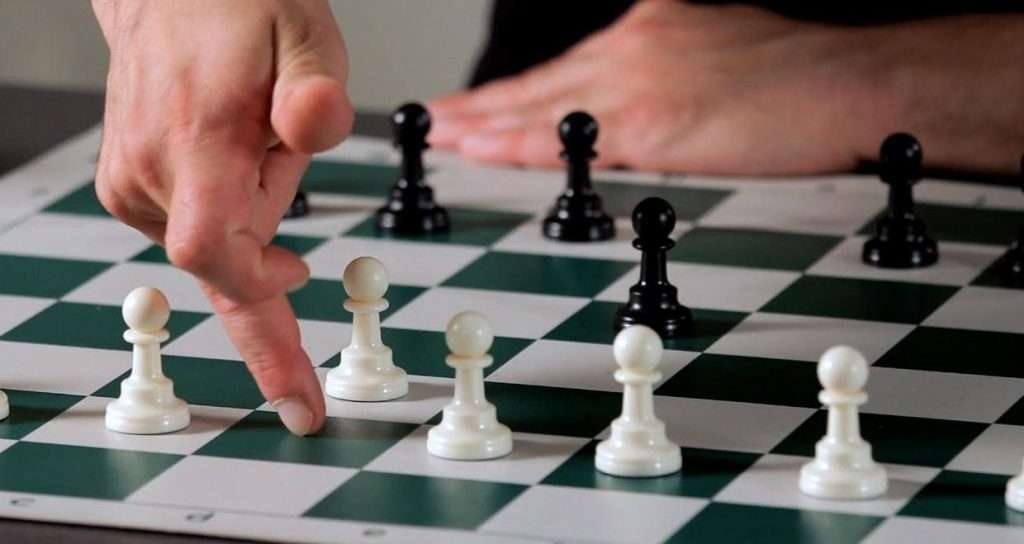 It’s fascinating to consider how many chess pieces there are that may move diagonally. The strategy is counter-intuitive to novices. However, as long as you conceive of chess boards as lines, the concept becomes pretty simple.

We covered the majority of chess piece motions in this essay, but we didn’t cover two key moves: the rook and the knight. On the other hand, the knight is capable of moving in any direction. Although he may do so in an inappropriate manner (the notorious L-shaped movement), one might claim that he has this ability as well.

The diagonal chess move of the knight, on the other hand, is not a straight line in any case. It moves vertically one (or two) squares, then horizontally one. Let’s suppose you mean chess: the queen is one of the most influential pieces on board, so she occasionally attempts to enter other territories. The king, which can only move horizontally or vertically on a chessboard, is often considered the key piece. Other kings are also significant in some situations. Let me know what you think of it in our comment section.