In a nutshell, if you’re playing with a king and one knight, and your opponent has only a king, you’ll never be able to checkmate him due to a lack of mating material. When the mating material is lacking, this indicates that you and your opponent have fewer pieces than are necessary to checkmate the opposite player. As a result, the game ends in a draw.

So you know that you can’t checkmate a king and one knight against a lone king. But do you want to find out why you can’t accomplish it, scroll down! 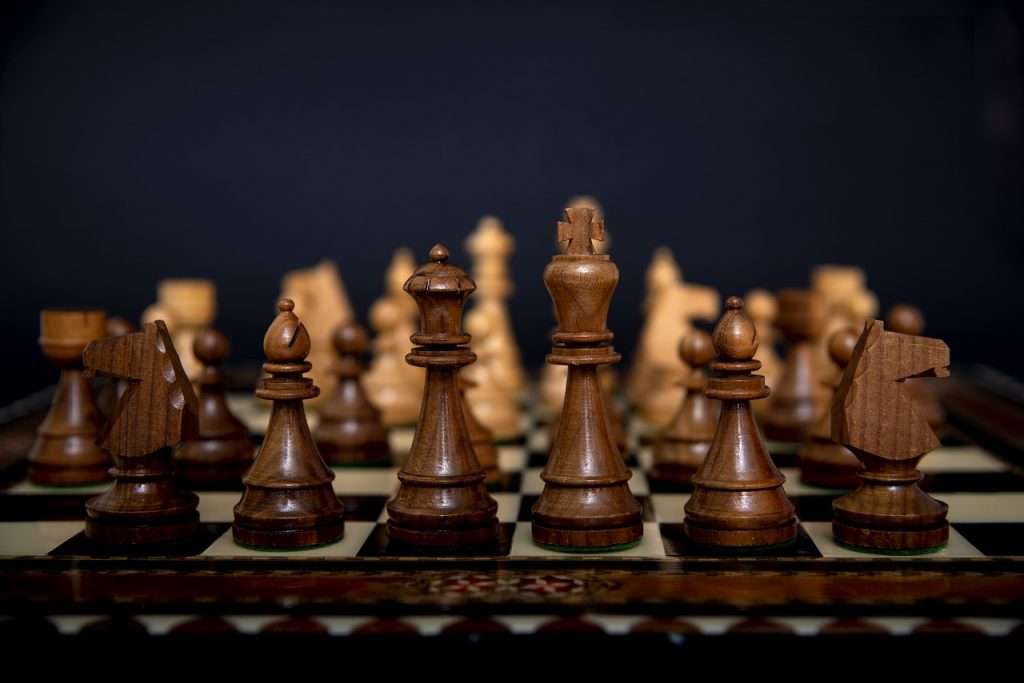 Why Is It Impossible To Checkmate With A King And A Knight?

The opponent’s king will always have a safe square to flee or remain safe. As a result, the game will either reach a draw via inaction or an automatic loss due to insufficient mating material.

A draw can also be claimed if no capture or pawn movement has occurred in the last 50 moves under the 50 move rule, which stipulates that a player is entitled to a draw when no capture and no pawn movement has been made in the previous 50 moves. So, if you take this way of thinking into account, you won’t be able to checkmate a king with a king and one knight since you would undoubtedly exceed the move limit in an attempt to accomplish so. Furthermore, repeating the same position three times may induce draws. (The same posture repeated three times)So several variables might come into play while delivering checkmate to a lone king with a king and one knight, leading the game into a draw.

In general, if you have only a king and a knight against the opponent’s lone king, the game will automatically be drawn since you do not have enough pieces. This is what happened to me when I was playing with my buddy.

He had only three pawns, whereas I had only two. In that scenario, I was left with only a knight and king while he had the king. I attempted to checkmate him in the corner square, but the game ended in a draw due to some strange circumstances. After studying, I discovered why it occurred.

Now you might wonder whether two or three knights can checkmate a king. So, the answer is that you cannot force checkmate with two knights, but you can do it with three.

Is it possible to checkmate with three knights?

Checkmate occurs when your opponent’s king is checkmated with the help of your own, two knights, and three additional knights (two of which are acquired by underpromotion). In actual chess matches, this is an uncommon occurrence. However, it’s more typical in chess puzzles.

I will share some of the frequently asked questions here regarding this topic.

Is it possible to win chess with just a king?

No, a king alone can’t win chess. You either lose or draw if you don’t have a queen. However, defeating one king with another is difficult since two kings cannot checkmate one another.

When the king approaches another king to checkmate, it is put into check, which is considered an illegal move.

What Happens If The King Finds Himself In A Duel With The King?

The first mate is ripe for the plucking! Because one king can’t checkmate another, the game ends in a draw. As a result, the game concludes in a tie because there isn’t enough mating material.

Is there a chance to checkmate with the knight and bishop?

The checkmate can be forced by a bishop, knight, and the king is known as the checkmate of a single king in chess. Checkmate may be induced in less than thirty-three moves from any starting position where the defender cannot quickly win one of the pieces with the advantage to move and flawless play.

Is it possible for you to mate with two knights?

Two knights are unable to force checkmate. However, three knights can. Although checkmate positions involve two knights versus a king, you cannot move them. “One of the biggest wrongs in chess” is how Edmar Mednis characterized this limitation on forcing checkmate (Mednis 1996:40).

Is it possible for a light piece to capture the opponent’s king in chess?

There’s nothing to do in this situation except shake hands if you’re up a delicate piece (Knight or Bishop) against a lone King. There is no position where a checkmate can be created with only a thin piece and King vs. King. The side with the queen will always win a King and Queen vs. King and light piece (knight or bishop).

What is the most complicated checkmate in chess?

The most difficult of all basic checkmates is Checkmate with Bishop and Knight. However, it’s necessary to study this endgame thoroughly. As a result, everyone who plays chess must familiarize himself with it. The following two examples outline the procedure. The first example starts with a king in the wrong corner on the weaker side.

I’ll go through the basic steps that I take in an endgame against an opponent with only a king and me having knights and king and other circumstances like that, now.

Following these easy instructions will assist you, and let me tell you what, they’re fundamental yet efficient. So let’s continue:

That’s everything there is to it! I hope you found this helpful information.